Widely acclaimed world music band, and probably the most popular one, Gipsy Kings, will return to Belgrade on February 19th, with an unaltered line-up and lots of new material. Gipsy Kings are much loved in Serbia, as local audience likes both Latino rhythms and Gipsy music, so the mix of these two is doubly popular. 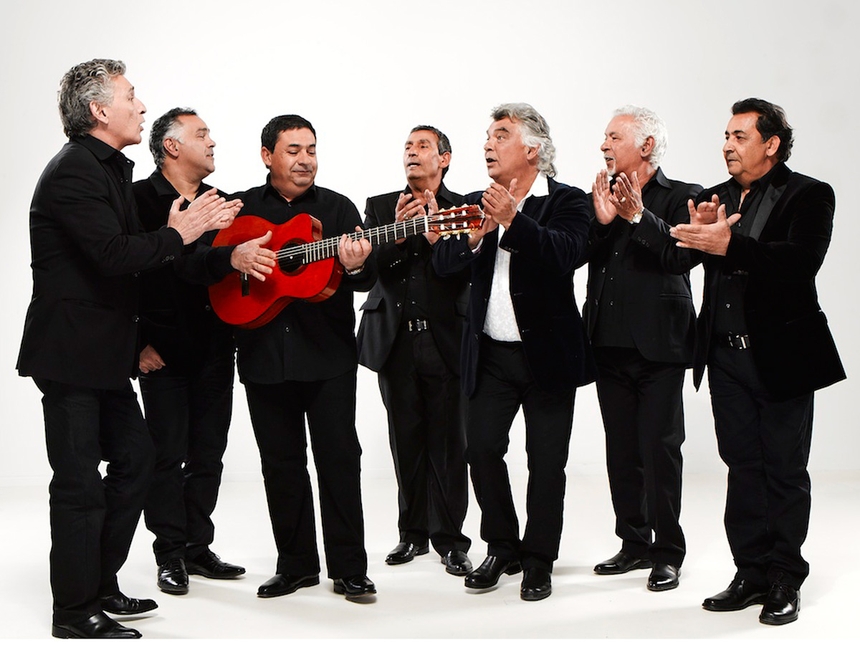 Gipsy Kings are the most successful French band of all time That might sound strange, but they really are. Since almost all French bans sing in their language, they can’t be as successful as the bends which perform in English or Spanish, since they have a larger audience. So, the fact that Gipsy Kings sing in a dialect of Spanish, helped them very much. All original and most current band members belong to Spanish Gitani (Roma), who fled Spain for France in 1930’s and settled in the south of France. One of them was famous Gitani singer and guitarist Jose Reyes, a true star in the middle years of the 20th century, who counted Miles Davis, Chaplin, Picasso and Dali among his fans.

The band was formed in the 70’s by two sons of Jose Reyes, Nicolas and Andre, who them co-opted other cousins, all experienced singers and guitar players, to form a big band. Their style is mix of rumba, flamenco, Arabian music and pop, which is why Gipsy Kings are considered a true world music band, as the bring together different influences seamlessly. The band has recorded 13 albums so far, and their latest one, Savor Flamenco, is particularly interesting, as it came out after five years of work, and is the first Gipsy Kings album with only their own music, as nothing is borrowed from other traditions and performers.

The concert in Belgrade

Gipsy Kings will hold a concert in Sava Center, a venue equipped with rows of seats, but that doesn’t mean there will be no dancing and singing by the audience. Ticket prices are 2900, 3300, 3600 i 3900 RSD, more than for many concerts in Belgrade, proving band’s popularity in Serbia, but also a fair compensation for 11 performers on the stage. At Sky Apartments, we can warmly recommend this concert, which come during the time of the year when you can choose among many apartments, as it is a quiet part of the season. In same week you can also visit Tourism fair and find great holiday deals in Serbia, and taste Serbian wines at Wine fair.