Many great Balkan rock bands recently marked or they are about to mark 40 years since founding, as the period about 1980 was crucial in former Yugoslavia as the moment of considerable culture boom. That was the time when most of great ex-Yu rock bands came into existence, mostly in Belgrade and Zagreb, one of them being Elektricni Orgazam, probably the most authentic Belgrade rock band from the eighties. The band will celebrate their 40th anniversary in Kombank Hall on March 19th 2020, followed by a regional tour. 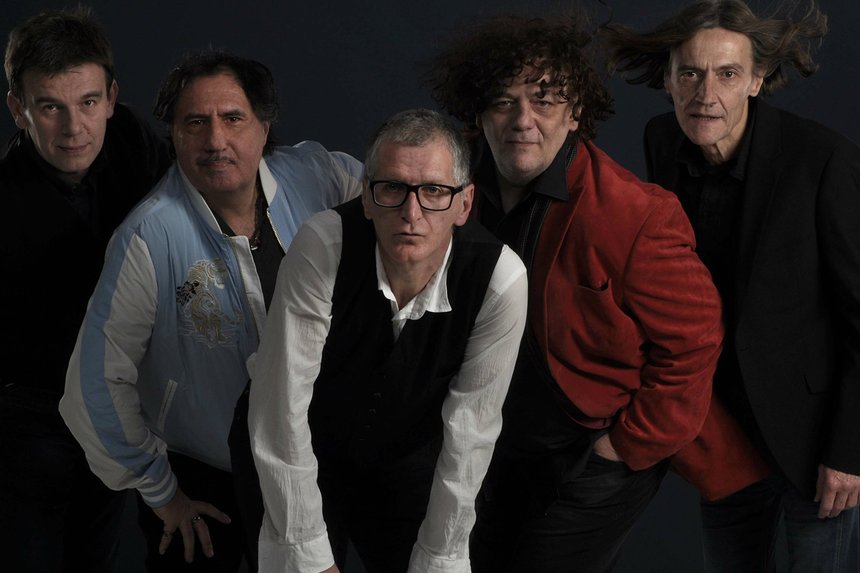 Elektricni Orgazam is the band in which many famous musicians played even for a short time, such as Nikola Čuturilo Čutura or Srđan Todorović Žika. Several other big names played in the bend in the early years, such as Goran Čavajda Čavke, Ljubomir Jovanović Jovec, Marina Vulić and Jovan Jovanović Grof. The one name connecting them all is Srđan Gojković Gile, frontman, one of the founders, and the name most commonly associated with Elektricni Orgazam. Branislav Petrović Banana is with the band almost all this time, for about 35 years, as well is Ljubomir Đukić Ljuba, also a founding member. The fourth current member is Blagoje Nedeljković Pače, who joined in 2002.

Few people remember that the band had a very turbulent early years. The crowds in Belgrade loved them, but they had trouble publishing albums, as some lyrics were to provocative for a communist (at least on paper) country. Crowds in smaller towns were surprised by their music or even confrontational. During the nineties the members struggled, as they didn’t leave Serbia like some other rock musicians, and Elektricni Orgazam was very active in anti-war and pro-democracy movements.

Several Orgazam’s albums, from total 11, have legendary status, and the same goes for many of their songs. Probably the most important album is Paket aranžman (1981), on which three bands have a few tracks each, with the total of just 35 minutes, the other two bands being Šarlo Akrobata and Idoli. Kako bubanj kaže (1984) and Distorzija (1986) are generally considered to be their best, and many songs from these albums will be among those performed on the concert in March. Most of the tickets are already sold-out, so hurry up and buy them i you love ex-Yu rock as we do. Ticked prices are only 1200 RSD and 2400 RSD.