For all lovers of mysteries and stories you can’t find in history textbooks, Belgrade is a real treat. Below the city streets and parks, cleverly hidden from the eyes of everyday passers and city residents, lies the Belgrade’s underground, with unique stories that will make you want to discover more. Here is the story of two such places. 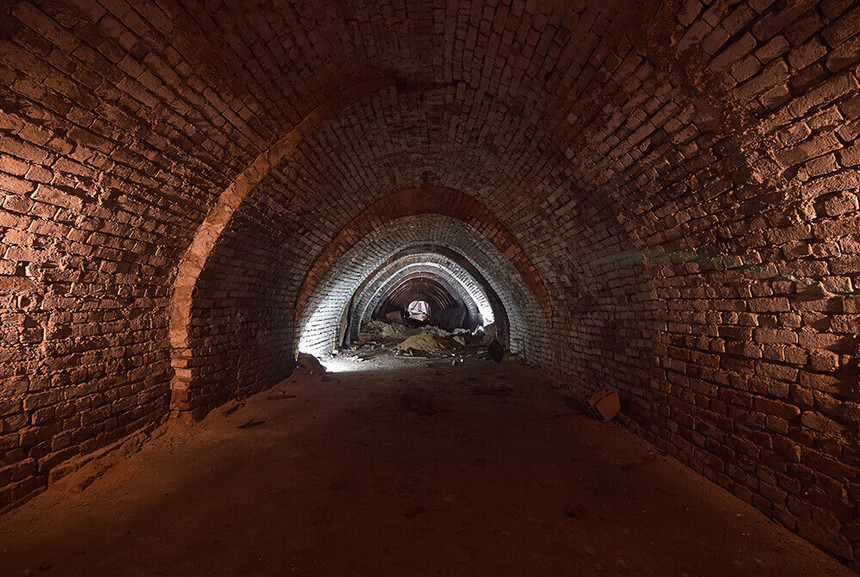 The entrance of the caves that “remember” the Pannonian sea, in some places you can still find seashells up to eight million years old, is from Abardareva street, right next to the building of Radio Television of Serbia. The cave complex can be divided into three groups, so you will be able to see the Ancient caves, Turkish caves and the bunker of Nazi commander Alexander von Löhr.

Belgrade’s underground includes ancient caves that were created during the Roman times, which was quarried to provide the stone necessary for the construction of the Belgrade fortress, city walls, houses and sarcophagi. Some historians believe, although there is no precise evidence, that the Romans were buried there and that this was the place where occult ceremonies were held. During the rule of the Turks, the caves were dug deeper to find new deposits of saltpeter (for the making of gunpowder), but also to store weapons, ammunition and food during bombardment and siege of the city. Much of the underground complex is not available today, but there are indications that the Turks dug and built rooms, corridors, and caves for a total of ten kilometers.

During World War II, Nazi commander Alexander von Löhr ordered a change of purpose for the caves and the construction of additional facilities to place the entire supreme command of the Wehrmacht for Southeastern Europe “under one roof.” Löhrs bunker was home to about a thousand soldiers, who could stay there for up to six months. During the liberation of Belgrade by the Red Army, Soviet forces did not find commander von Löhr in his bunker, he was subsequently imprisoned in Zemun, while he was attempting to escape. It is believed that the Nazi bunker had an outlet to the river from where commander Löhr, by ship, reached Zemun. To this day, this claim has not been confirmed due to a large number of mines and dynamite placed in some corridors of Löhrs bunker, which hinder further exploration of Belgrade’s underground.

A nuclear bunker in the heart of Kalemegdan

Kalemegdan, the favorite promenade of all the citizens of Belgrade, in addition to the magnificent medieval fortress, planetarium, Military museum and Zoo, is also home to hidden rooms, corridors, cells and bunkers. In the early 1950s, over a hundred machine gun nests, artillery and other bunkers were built on the Upper town of the Kalemegdan park. One of these bunkers is located right next to the “Pobednik” monument, and was one of the most hidden state secrets, only to be revealed in 2008.

The bunker has a total area of ​​two hundred square meters, it was able to withstand a nuclear impact, with a small dormitory, long corridors, ventilation, water canisters and openings for cannon and anti-tank artillery. The bunker was never used for military purposes, so you will have the opportunity to see it in the condition it was in on the first day the army opened it for use.

Tours of Belgrade underground are available to all Sky apartments guests.