Two days after the start of World War II, with Yugoslavia still out of the war, the first and only Grand Prix was held in Yugoslavia. The main goal of the Auto Club of the Kingdom of Yugoslavia was to hold gather the fastest cars of the time, cars that preceded today’s Formula One cars. Residents of Belgrade had the opportunity to see these amazing machines, but also to witness their unbearable noise. The noise was so great that workers at the nearby Zoo had to move all the animals to caves beneath Tašmajdanski park. As a guest of Belgrade, especially if you are staying in our nearby Dositejeva apartment, you must visit the Zoo and see the largest pack of white lions in the world, as well as other rare species such as the Bengal tiger, Brandon eagle and orangutans from Borneo. 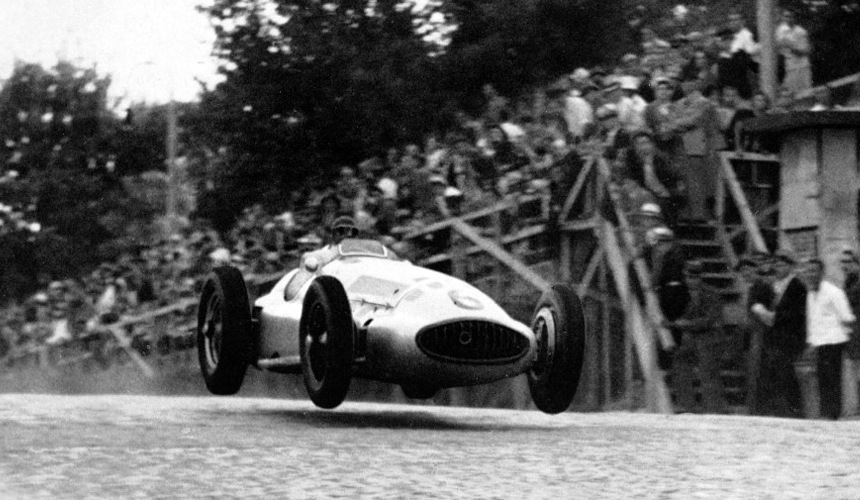 The great race of Dorćol

It is important to emphasize that the race of the fastest cars of that time was preceded by the Grand Dorćol race one year earlier, which aimed to promote and popularize motorsports in Yugoslavia. The Grand Prix was attended by sixty thousand people, and the track ran from the middle of Dušanova street to Kalemegdan park, through Strahinjića bana street, which today houses some of Belgrade’s most best cafes, all the way to the Bajloni market. The race was attended by one of the most famous residents of the capital, the famous Belgrade playboy Boško Milenković, with his blue Bugatti 51 car, which was produced in only forty copies worldwide. With the great success of that race, representatives of the Auto Club of the Kingdom of Yugoslavia decided to organize an international car competition.

The fastest lap around Kalemegdan park

In September 1939. In honor of King Peter II Karadjordjević’s birthday, Belgrade hosted the first international car races in Yugoslavia. The race was held on a cobblestone track, with a total length of 2974 meters, and a total of nine motorcycle and car races, but without any dilemma, the race of fastest cars of that time attracted the most attention. 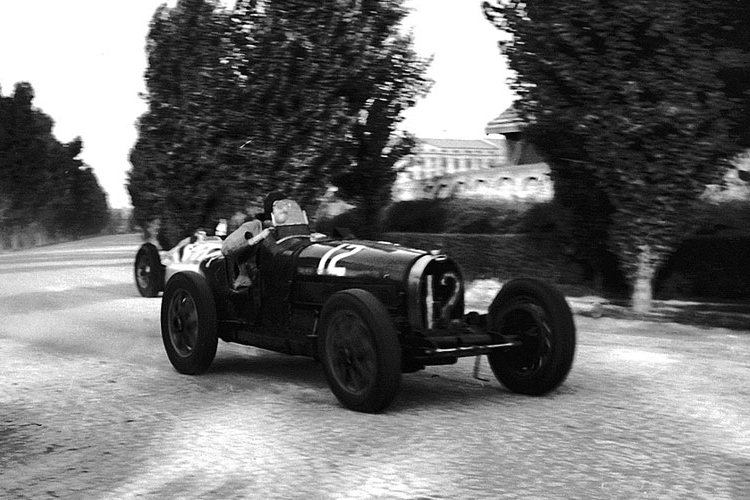 The start and finish of the track were next to the Belgrade city library building, at Tadeuša Košćuška street, and then the race would continue toward the Zoo and the former factory of BEKO in Dušanova street, making a circle around Kalemegdan park, next to the Nebojša tower, towards the French embassy where cars would reach the finish line again. Cars made by Mercedes, Auto-Union and other manufacturers had powerful twin-cylinder engines and between 480 and 500 horsepower. The race featured some of the greatest drivers of the time, the most famous of them are Tacio Nuvolari, Manfred von Brauchich and Herman Lang, while Yugoslav colors were defended by the Boško Milenković in his blue Bugatti.

Tacio Nuvolari showed the greatest skill, driving the lap in 74 seconds with an average speed of 131km/h, but it should be emphasized that he achieved the highest speed, at 220km/h, near the Nebojša tower. Such an impressive run, after fifty laps, secured him the championship title. Milenković took fourth place, which is an impressive time, especially when you know that his car had only 150 HP. This was the last Grand Prix race of that season, because soon after the race, war broke out across Europe. Only four cars from this race have been preserved, all four are owned by private collectors around the world, but you can always visit the Belgrade Car museum, which has a permanent car exhibition. From the museum exhibits we would single out the 1926. Lancia model, which is said to have been as much as 20 years ahead of its time. The Car museum is in Majke Jevrosime street, around 400 meters from the Sky apartments in Pajsijeva street.