Popular Serbian group Sanja Ilić and Balkanika will hold a concert in Kombank Hall in Belgrade to mark the two decades since the release of the album “Balkan 2000”. The group whose musical style combines elements of world music and strong rhythms of the Balkans, will present all the songs from their first album, true jewels of Balkan’s cultural heritage. After a few years, the audience in Belgrade will again have the opportunity to enjoy their unique songs such as “Simonida”, “Hilandar”, “Valley of tears” and “Blue bird”. 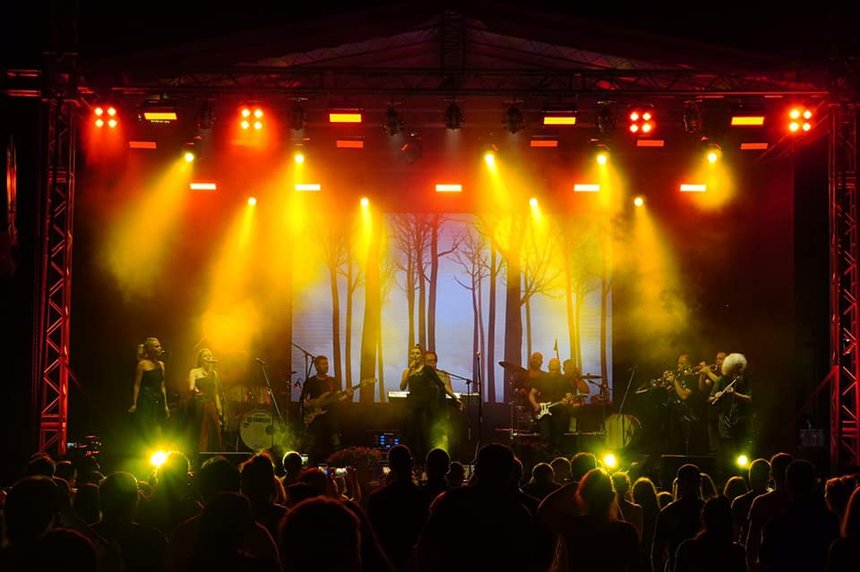 World music to the world

More than 20 years ago, Sanja Ilić gathered a large number of musicians who played ancient instruments such as kaval, cumbus, tapan, darbuka, baglama, oud, gadulka, and during the bombing in 1999, he began work on their first album. The work was mostly done at Sanja’s music studio, while the rest was done at Kolarac university in cooperation with Strings of St. George orchestra and members of the choir of the Radio Television of Serbia.

The album was given the symbolic name “Balkan 2000” because the recording was completed in that year. Sanja gave the album to PGP as a gift and the expression of gratitude for all the years of joint creation and successful cooperation. The album became one of the best-selling releases of PGP and soon the group won its first awards, but also received invitations to participate in domestic and foreign festivals.

The group’s first official concert was in Maribor at the Lent Festival, among other things, this concert is considered as a turning point because Sanja decided that the group will move in the direction of a concert career. Over the next two decades, the group held over five hundred concerts on all continents, of which those in Cairo (Alexandria and Cairo opera house), Moscow and Lahore in Pakistan stand out. The performance of Balkanika in the city of Lahore is especially interesting because after sixty minutes of performance, Pakistani musicians joined the group on the stage and a true ethno jazz session began. One of the Pakistani musicians who joined Sanja and the rest of the group was Sain Zahur, a Grammy award winner and holder of the title for the best Sufi musician in the world.

The first ensemble of Balkanika consisted of 16 musicians, six of whom were female vocalists, three percussionists and two musicians each with ethno wind and string instruments. After the release of the album “Ceeepaj”, a brass band joined the group and since that moment the group had twenty-four members. With the arrival of the famous musician Boris Krstajić in 2014. the group released their first album in English called “Stand up”, after which a permanent vocal setting was formed with one male and three female vocals.

Sanja Ilić and Balkanika will hold a concert on May 29 at the Kombank Hall in Belgrade. You can buy tickets online through the ticket.rs website or at Ticket Vision points of sale at the price of 1500, 1800, 2000 and 2500 RSD. The concert season has restarted this May, and the concert of Balkanika band is probably the best occasion to visit Belgrade and to spend time in Sky apartments.