A walk through Zemun

On the right bank of the Danube, not far from the confluence of Sava and Danube rivers, is the municipality whose first inhabitants settled in the Neolithic period. Without any dilemma, Zemun is one of the most beautiful parts of Belgrade, recognizable by its architecture, Gardoš tower, one of the oldest taverns in Belgrade and the beautiful riverside walkway, which is a favorite place of Zemun’s residents. Historians indicate that the first settlements in Zemun territory were created between 4500 and 3000 BC. The first inhabitants of this area lived in pit-houses known as Zemunice by which Zemun was named. It was not until 1934 with the construction of King Alexander Karadjordjevic’s bridge (today in its place is Branko’s bridge), and the gravel road, parts of which can still be found near a hospital built in a Belgrade municipality named Bežanija, Zemun was officially joined to Belgrade. 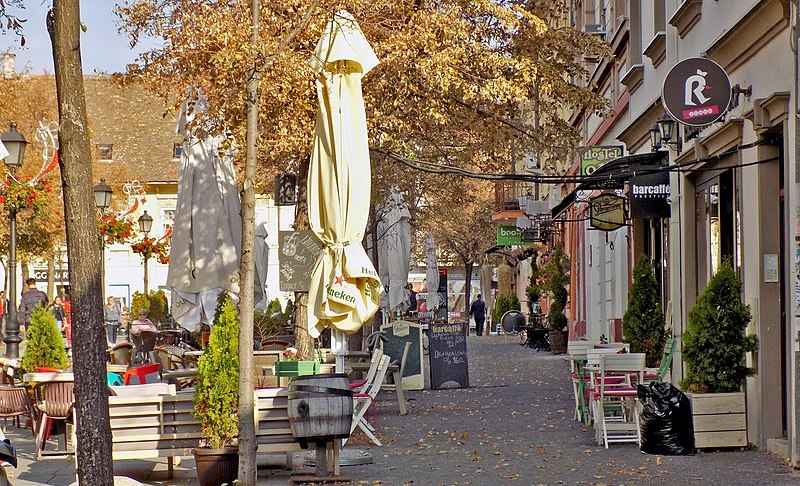 Gardoš tower, also known as The Millennium tower or tower of Sibinjanin Janko, is a true symbol of Zemun and a building that provides a fantastic view of old Zemun and the old part of Belgrade. The tower was built in the nineteenth century, commemorating the thousandth anniversary of the Hungarian state. The Hungarian state was formed by the unification of seven tribes, and in that honor the Hungarian authorities built seven towers, one each in Romania and Ukraine, two in Slovakia, two in Hungary, the central tower was built in Budapest, and the Gardoš tower in Zemun as the southernmost point of the Hungarian empire.

Gardoš tower is often called the tower of Sabinjin Janko, because the residents of Zemun believe that the famous knight died there. This claim is incorrect because there was another tower at that place, a medieval fortress that was destroyed by the Ottomans in the sixteenth century. If we are talking about that medieval fortress, then it’s true that Sabinjan Janko died there, after a short battle with the plague that killed a large part of the city’s population.

A church that is soon celebrating half a millennium of existence

In the immediate vicinity of Gardoš tower is the church of holy father Nikolai, which is believed to be the oldest standing church in Belgrade. It was built on the foundations of the old church, dating from the beginning of the sixteenth century (1521). During the Ottoman rule, the church had no roof and was completely neglected, with minimal religious activity by the Orthodox clergy. After 1752 the church was renovated, and a school was opened in its northeast part.

Tavern older than many Balkan countries

One of the oldest taverns in Belgrade is located in the very heart of Zemun, a true jewel of Balkan architecture, and is believed to be at least four centuries old. Many historical figures were guests of the tavern called White Bear, among them the most famous one was prince Eugene of Savoy. The tavern was known as a gathering place for all tradesmen and craftsmen of Zemun of that era, so all the inhabitants of the city could quickly and easily arrange the desired jobs in one place. Like many other houses in Zemun, instead of the basement, the tavern had a twenty-meter-long cave that was used to store food and drinks. To keep the food fresh for a longer period, the inhabitants of Zemun would cut the ice from the Danube river and lay it on the floor of the cave. Unfortunately, the tavern is now neglected and is not open to visitors, but there are indications that it will soon be renovated and turned into a museum. This school was attended by the famous Serbian writer, travel writer, and polyglot Joakim Vujić.

It’s very easy for guests of Sky Apartments to visit Zemun, as the majority of our apartments are in the area of Rebulic Square or Zeleni Venac, so there are direct bus lines to Zemun.